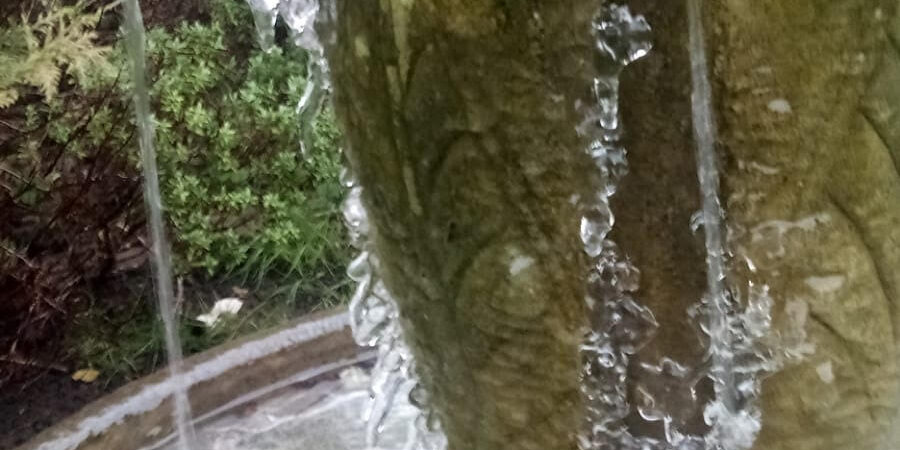 I don’t have much to write this month. I found a plant in the garden already growing vigorously, well budded and with some blooms, in the freezing weather in January. I know we bought it at East Ruston Gardens last summer, but the label has come off! Not much help to anyone wanting early season flowers, but will try to find its name.

Chatting with my daughter a couple of weeks ago, we got on to the subject of cancerous substances that are now banned from public use, and which I used to handle freely, as I am sure many of you did. As a boy, ‘helping’ in the garden, I used to enjoy using the ancient spray, that used to spread more on the operator than it ever did on the garden. That was regularly filled with a DDT substance against greenfly. Then there was original creosote, regularly applied only with a brush to the ancient garden fences. White spirit (not substitute) was used, but I am not sure how noxious that is. At Grammar School bottles of acids and other liquids were arrayed on the benches where we sat for Chemistry lessons. We had fun with chemical reactions and I learnt the effect of sulphuric acid on blazers (yellow stain and a hole). We had real fun with mercury, using it to plate pen clips and racing balls of it along. All this outside supervision and completely free of hand washing!

When I was in my early teens, our house was treated for woodworm with Protim – I have never forgotten the name. We had to take up all the floor coverings and go out for the day as the contractors came in to spray. When we returned we could smell the house from the end of the road. It was absolutely dripping. Nonetheless we ate and slept in it till it dried and things returned to normal. Nowadays it is recognised as extremely noxious, and virtually banned. At work, I handled asbestos freely, and at home we used carbon tetra fluoride to remove stains. Dab It Off, it was called, now also banned. Finally, there was a non-flammable coolant,used in some transformers. I can’t remember its name, but even then, it was known to be dangerous.Despite all this I have survived. Perhaps all these chemicals cancelled each other out!!

Prayers Place
If you would like to request a prayer or support, please fill in the form below.